Eruptions of volcanoes may be divided into three main types: (1) the explosive type, in which rock fragments are thrown out with explosive violence; (2) the quiet type, in which hot liquid rock quietly flows on the surface; (3) the intermediate type, in which eruptions are at times violent and at other times consist of the quiet outflowing of lava.

Ergonomics (人体工程学) can be defined as the design of work so that the best is made of human capabilities without exceeding human limitations.

Understanding the physical needs of the user allows the designer to cater for individual differences and to create products that cater for the needs of the majority of consumers. Ergonomics is to do with the human body as a whole but it also involves the function of parts of the body and the ease with which humans perform simple tasks.

(function)The electron carries a small negative charge of electricity. The proton carries a positive charge of electricity equal and opposite to the charge of the electron. Both the electron and proton have the same quantity of charge, although the mass of the proton is approximately 1,827 times that of the electron. In some atoms there exists a neutral particle called a neutron. The neutron has a mass approximately equal to that of a proton, but it has no electrical charge. According to theory, the electrons, protons, and neutrons of the atoms are thought to be arranged in a manner similar to a miniature solar system. Notice the helium atom in the figure. Two protons and two neutrons form the heavy nucleus with a positive charge around which two very light electrons revolve. The path each electron takes around the nucleus is called an orbit. The electrons are continuously being acted upon in their orbits by the force of attraction of the nucleus. To maintain an orbit around the nucleus, the electrons travel at a speed that produces a counterforce equal to the attraction force of the nucleus. The orbiting electrons do not follow random paths, instead they are confined to definite energy levels. Visualize these levels as shells with each successive shell being spaced a greater distance from the nucleus.

(Phenomenon)Many of the wetlands of the north have been formed by the large rivers that flow from the rugged escarpments that fringe the Top End coastline.

(Explanation)In the wet season huge volumes of water flow from the escarpments. When this water hits the flood plains it slows down and spreads out forming the wetlands. The wetlands border the sea, however a series of sand ridges stopped sea water flowing into the wetlands. This kept the wetland water fresh.

(Phenomenon)How can plant life grow so well in such dry, hot and infertile places? The mulga tree likes long droughts – if it is too wet mulga trees will not grow.

(Explanation)The shape of the mulga tree is the key to it surviving dry times. The branches of the mulga fan out from the bottom – like a huge half moon. The branching leaves and stem catch the rain and it trickles down to the soil. This traps more rainfall than if the tree grew straight up. The mulga catches more water than a gum tree. The water is stored in the soil to be used by the tree during the next drought. Even the mulga’s leaves help it to survive the drought. They are a silvery grey colour. The sun’s rays bounce off the leaves helping the plant to stay cool. Also the mulga tree makes its own food by dropping thousands of leaves

(Phenomenon)In southern Australia the woodlands have been cleared to plant crops like wheat and other cereals. Sheep and cattle are grazed on introduced pastures.

(Effect - tree death)When the land was first cleared small clumps of trees or single trees were left for shade. Today these trees are reaching the end of their lives and dying.

(Effect -soil erosion)The clearing of the trees has caused problems in using the land for farming. Without trees the land has been eroded by wind and rain. Today farmers are replanting the trees to try to stop this erosion.

(Effect - habitat loss)Animals like the common dunnart(一种袋鼠) rely on the fallen logs for shelter. The logs of old trees have hollows in them and the small animals of the woodlands hide in these. If these logs are cleared and removed the animals no longer have places to shelter.

(Phenomenon)If the object is completely submerged，it displaces its own volume of fluid. The weight of displaced fluid, and therefore the upthrust, will depend on the density of the fluid. 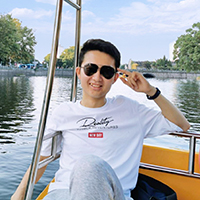